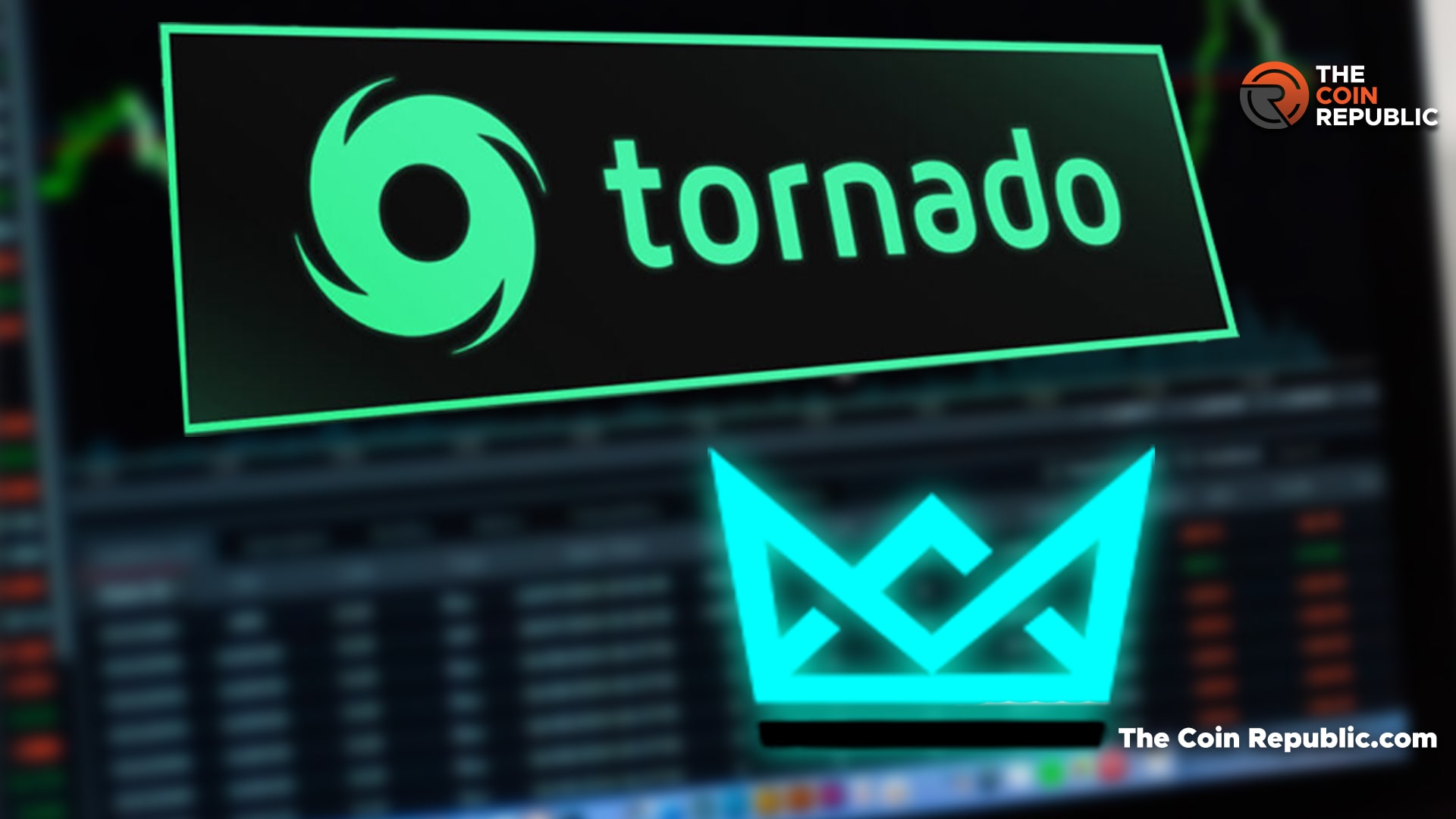 As a cherry on top of the week we have all the chaos that continues to unfold around a privacy protocol on EVM compatible chains called tornado cache.

For those unfamiliar tornado cache makes it possible to cut the connection between sender and recipient for ETH, USDC, DYE and other coins and tokens.

This has made tornado cache a popular protocol among privacy oriented individuals including Ethereum creator Vitalik Buterin who used tornado cash to donate anonymously to the Ukrainian government after Russia invaded the country.

Unfortunately this has also made tornado cash a popular protocol for hackers and exploiters who want to get away with their ill-gotten gains and it’s believed that about 30 percent of the funds flowing through the protocol came from such miscreants with the rest coming from regular users such as Vitalik.

This includes hackers and exploiters from heavily sanctioned states such as Iran and North Korea which is ultimately why the US treasury department took the unprecedented step of sanctioning all wallet addresses belonging to the tornado cash protocol.

This means that any wallet address which interacts with tornado cash from here on out is at risk of violating US sanctions which carries up to a 30-year prison sentence in the United States and a fine of up to 10 million.

This included infrastructure providers like Alchemy and Infuria the latter of which is used by popular browser extension wallet Metamask. USDC issuer circle also froze stable coins being held by tornado cash wallets and contracts which is not all that surprising given that centralized stablecoin issuers have done this in the past and why there is a desperate need for a truly decentralized stablecoin.

Now what’s truly crazy is that this blacklist applies to any Ethereum wallets which have interacted with tornado cache and the holders of such wallets are now also being blocked by the front ends of popular Ethereum d5 protocols like Uniswap, AVR and Maker DAO.

What’s even crazier is that some tornado cache users are taking this as the opportunity to expose the fatal flaw with these sanctions by sending crypto from the protocol. Two crypto wallets known to belong to popular personalities such as Coinbase CEO Brian Armstrong and comedian Jimmy Fallon. As you might have guessed these crypto wallets are now effectively tainted.

The owners of these wallets are unable to interact with many elements of Ethereum’s ecosystem and any funds they send to exchanges are likely to be scrutinized if not outright rejected despite not having used tornado cache.

This has led to some speculation on Twitter that bad actors be they from the US government or Ethereum competitors could start sending small amounts of crypto from tornado cache to the most active and most significant wallets interacting with Ethereum’s dapps effectively crippling its entire ecosystem.

It’s not just Ethereum either according to DeFi lama tornado cache is also available on the bsc, polygon, arbitram, avalanche and optimism. Any EVM compatible chain could see its ecosystem compromised by nedu wells using tornado cache through this so-called dusting.

Now it’s safe to say that the full ramifications of this have yet to be understood or appreciated which is why I’ll be doing an in-depth text about the tornado cash crisis later this week.

In the meantime I expect to see more headlines like these.

Crypto Loan – is it possible?