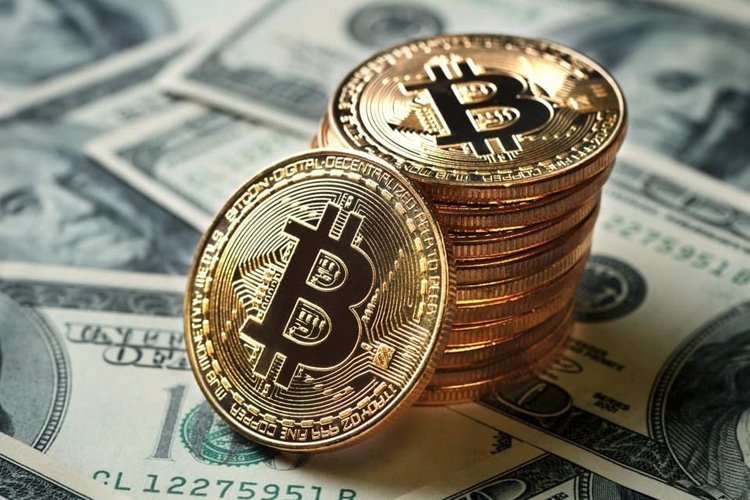 No, this isn’t about SharePoint, like my blog usually is. So sue me! It’s my blog and I do whatever I please, so suck it up rather than complain.

In this series, I’ll explain what Bitcoins are, how they work, and offer some thoughts and opinions. Feel free to leave comments or questions, and I’ll try to respond.

In this part, I’ll tell you how Bitcoins appear, and even how you can make your own money for free. No, it’s not an April fools joke; you can actually create your very own Bitcoins.

Sounds fishy? Read on and I’ll explain how it works, and more importantly, why it works.

Refer to the bottom of this article for other parts of the series.

Make you Own Money!

One very unique characteristic of Bitcoins is that you can make them yourself through a process called mining. I’m certain that sounds dubious at first, so let me explain briefly how that works. I’ll write this as simply as possible, so there will be some shortcuts that may make analogies inaccurate, but the principles are sound. If you want further information, check out the Bitcoin wiki.

Bitcoins creation is based on a concept called proof-of-work, which means that to get them you need to prove that you have done something. In the world of Bitcoins, that ‘something’ is generating hashes, which is a cryptographic tasks based on the fact that a hash is difficult to reverse but easy to create. This, in fact, is a key factor in all modern cryptography; a task is easy to verify but difficult to do.

Note: If you don’t care about the details, think of it like this; it is very difficult to predict a dice roll before the roll, but very easy to verify afterwards whether the prediction was right.

In Bitcoin terminology, the difficult task is to generate a cryptographic hash which has certain properties from a data ‘block’ of transactions. You can’t reverse engineer a hash, but you can easily verify whether it is correct once you have it. In Bitcoin, the properties of the hash which makes it a valid solution is that the hash should be lower than a certain global ‘target’, and since there is no known way to start with the hash and reverse it back to its source, you are forced to calculate a huge number of hashes to find the ones that ‘solve’ the particular block by being lower than the target.

When solving a hash for a given block, the ‘solver’ gets a reward in Bitcoins from the network. That reward is designed to decrease over time, but is currently at 25 BTC. In other words, if you solve one of these blocks and finds the right hash, you get 25 BTC.

Start Your Engines, or Don’t Bother

All of this means that you can start mining for Bitcoins by solving hashes right now. Your CPU is just sitting there doing nothing, and those wasted cycles can be used to generate Bitcoins which you can then use to purchase things or trade for other currencies like US dollars, Euros, Rupees, or Norwegian Kroner.

However, keep this in mind: Solving a particular block is very difficult on average. If you use a regular CPU then you may spend years before you are able to solve your first block and get the coveted 25 BTC (or even lower at a later date).

If you have a graphics card of some power, however, your ability to solve blocks greatly increases, by a factor of tens or maybe hundreds. The reason behind this is somewhat technical, but think of it in the way that a GPU is purposely built to solve massive amounts of simple calculations at the same time while your CPU is designed to solve many different tasks at once like manage memory, control hardware, and so on. Your GPUs ability to solve simple tasks at an astonishing rate means that it can generate hashes much faster than your CPU.

Check the resources section at the end of this article for information on mining, including software you need to mine.

However, you still will find that it will take a very long time to solve a block. There’s no accurate way to predict this because whether you find the right hash is simply a matter of luck, but as an example, on my Radeon HD6950 graphics card, having a fairly powerful GPU, it seems to take around 250 days to solve one block at the current difficulty. Again, not that this is completely random, so I may go for decades without finding a single one or I may find ten over the next hour.

There’s one other factor to put into the calculations. Because Bitcoins are rapidly becoming popular, several companies have made and are in the process of launching purpose built machines containing dedicated chips called ASICs that solve Bitcoin blocks at a rate that dwarves any current GPU. For a few hundred US dollars, you can soon buy Bitcoin ASIC machines that solve hashes at 300 times the speed of my current CPU, this reducing the time taken on average to just a few days.

Note: Remember that the rate of creation is steady so when these new monster ASIC machines enter the network, the rate at which current CPUs and GPUs can solve blocks go down rapidly. Because the difficulty increases, the ASIC machines won’t be as lucrative as the initial numbers may indicate.

Those were the bad news regarding mining, so let’s wrap up with some good news.

To counter the increasing difficulty of solo mining, several groups have formed mining pools. A mining pool works by having a large groups of people solve hashes together. When one of the participant in the pool solve the block, the reward gets distributed to all participants. Thus, instead of having to wait maybe months or years for a large reward, each participants get rapid but much smaller rewards. In fact, because the rate at which blocks are solved is steady, you can expect to get paid several times per day.

I’ve joined a pool called Slush’s pool, which is so far a stable and functional pool with a large enough group that it makes sense to participate and rewards are frequent. However, there are many other pools out there, so you may consider picking another one.

I’m Impatient – Give Me Bitcoins Now!

So, you want to get some Bitcoins, huh? Well, if you can’t wait around for mining to give you the huge piles of cash you’re unlikely to ever get, the alternative is to buy them. Again, this works just like any other currency; you exchange your money for other types of money.

The major difference is that, thus far, no traditional banks offers exchanges to Bitcoins. There are Bitcoin exchanges that partner with banks, like Bitcoin Central, but you can’t just go into any brick and mortar bank branch and ask to get Bitcoins moved to your wallet, at least not yet.

One reason for this is the irreversibility of transactions in Bitcoin. Where a traditional bank can reverse a credit card charge, once a BTC transaction has taken place, there’s no way to change it. Because banks and credit card companies in most civilized countries have responsibility for the charges made, this irreversibility doesn’t sit well with them.

This will probably be resolved at some point as digital currencies become more popular, but there are already ways for you to buy Bitcoins. I use Coinbase.com, a site that allows me to fund my Bitcoin balance directly from my US bank, but other exchanges offer similar funding options too. Very few offer the ability to pay with credit cards, though, for the reasons mentioned above.

Getting Bitcoins take time because nobody wants to risk selling Bitcoins using a reversible transaction. You should always expect to prepay for your Bitcoins unless your marketplace of choice offers a direct link to your bank (like Coinbase).

Before You Jump Into Bitcoins

A word of caution, though. Bitcoins at the time of this writing (early April 2013), has seen an amazing rise in value and is currently trading at over US$100 per BTC. This may or may not be a bubble, and as for any investment, there’s always a risk that things can go terribly wrong. Don’t buy Bitcoins as an investment until you know about the risks involved in any currency speculation.

I am not a financial advisor and you should not listen to any financial advice I give you. Really. My personal opinion is that Bitcoins are extremely cool and I enjoy learning more and more about the technology. It’s equally fascinating from a technical point of view as observing how Bitcoins work in society.

I’ll offer further thoughts and ideas for Bitcoins in future posts in this series.

Once you’ve gotten your Bitcoins, however, you can immediately start using them and enjoy low rates for transactions (free is as low as it gets), quick transfers, security, potential anonymity, and, of course, being part of the cool gang

Check out these resources on how to get Bitcoins.

Install this to start mining. Make sure you have updated OpenCL drivers (graphics driver). I also highly recommend joining a mining pool first (see links below)